It’s fair to say that Seakeeper’s range of gyroscopic vacuum-mounted boat stabilisers revolutionised the market for zero-speed anti-roll devices, so when the same marine motion control specialist claims its new Seakeeper Ride active trim system will be ‘the next big thing in boating’, it’s worth paying attention.

In fact Seakeeper would rather we didn’t refer to Ride as a trim system at all but as a Vessel Attitude Control System (VACS).

That’s because it does far more than just automatically correct trim and list angles, it also continuously monitors, adjusts and controls the entire attitude of the boat over each and every wave.

So responsive and powerful is this new system that Seakeeper claims it can eliminate up to 70% of pitch and roll as well as offer a host of other benefits.

These include reducing time onto the plane, compensating for changing crosswinds and uneven boat loading, and actively coordinating turns for a smoother, safer ride. In layman’s terms, it’s said to feel a bit like the boat is “magnetically attached” to the water.

The hardware itself does share a certain amount in common with existing trim systems in that it consists of two separate units that attach to the transom in line with the trailing edge of the hull and generate lift by intercepting the flow of water as it leaves the hull.

By increasing lift on one side or the other, this adjusts the list/heel angle, while adding or reducing lift on both sides at once controls the fore and aft trim, in much the same way as a basic set of trim tabs.

That said, Seakeeper’s new Ride system is actually closer in principle to the interceptor style trim tabs used by Zipwake, Volvo and Humphree but rather than featuring vertical interceptor blades that drop down in line with the transom, the Seakeeper system uses a rotating arm with a cupped lip that swings down from behind the transom. 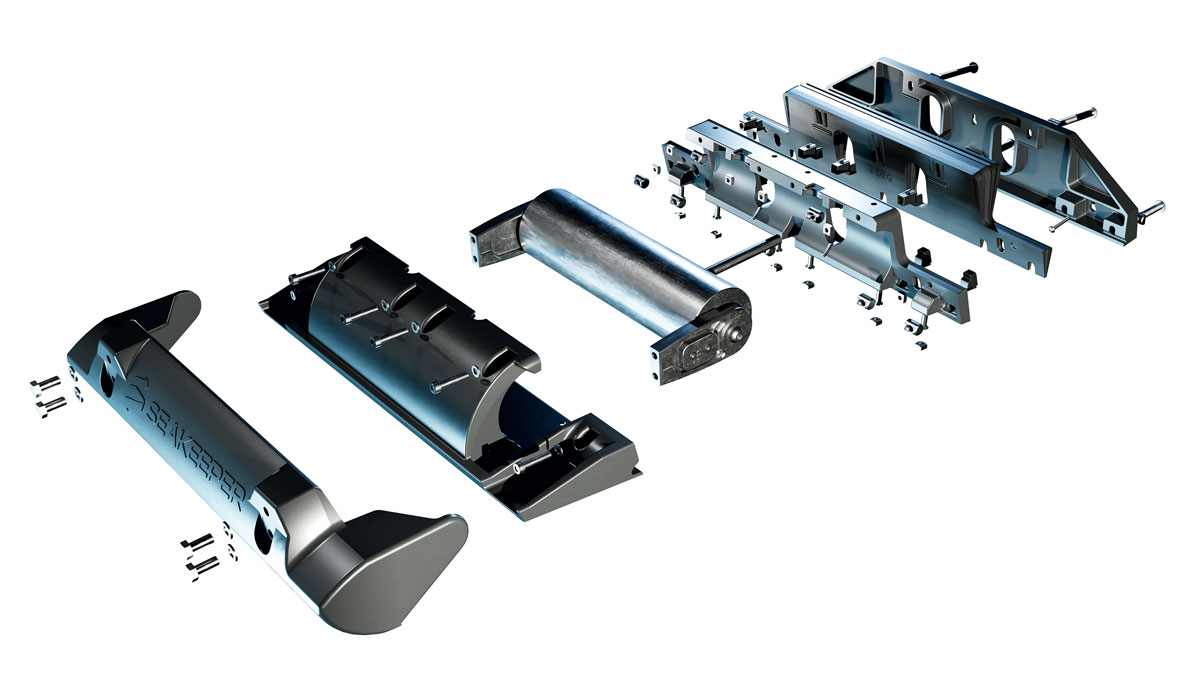 They both generate lift by trapping a wedge of high-pressure water in front of the protruding surface that forces the main flow of water downwards and pushes the hull up, but according to Seakeeper this rotating arm design allows for exceptionally rapid movements, very efficient lift and excellent reliability.

Andrew Semprevivo, president and CEO of Seakeeper, told MBY: “We played with tabs and guillotine-style blades and could’ve had an improved automatic trim system on the market years ago but we weren’t interested in doing the same thing but better, we wanted something different.

“Rotary provided the breakthrough we were looking for. It was the only way to make it fast, powerful and reliable.” 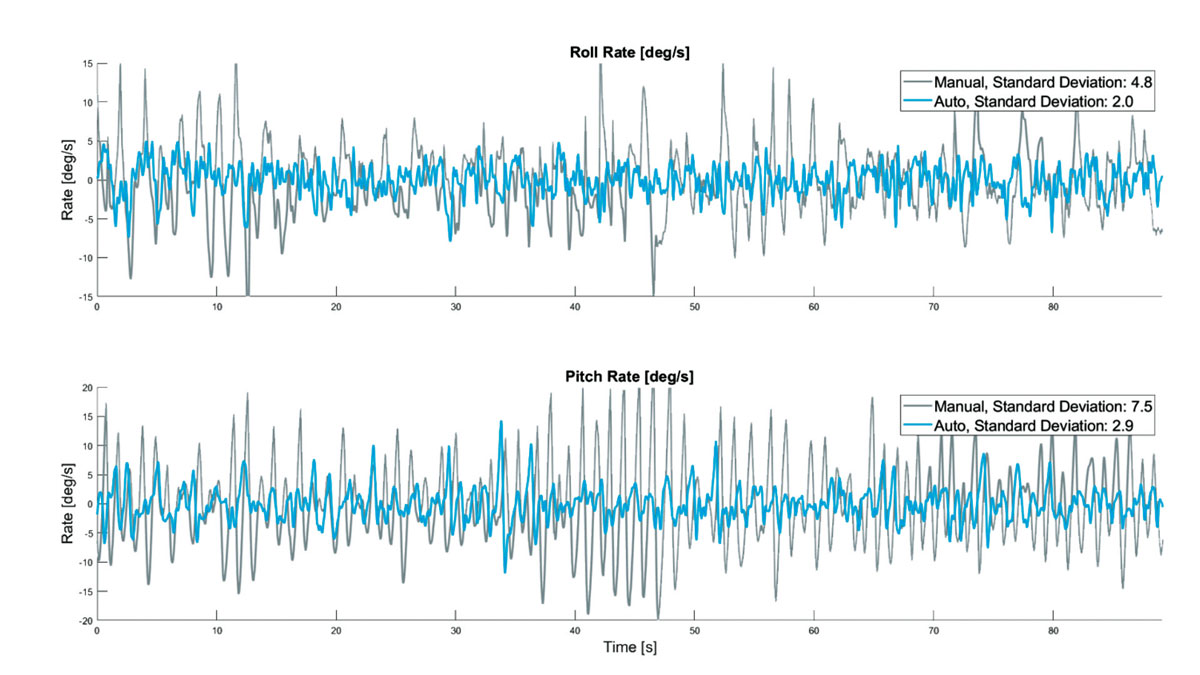 The numbers speak for themselves, with the rotary blades able to deploy at a rate of 300mm per second, allowing up to 100 fine adjustments every second.

This is what enables it to control pitch, roll and yaw as the boat climbs up and over each wave, rather than a fixed trim setting that provides an acceptable compromise for everything.

It’s not just the hardware mechanism that’s new, the software behind it is equally innovative. Instead of having to programme the software to suit each boat, it uses artificial intelligence to continually learn and refine its behaviour.

A three-axis sensor in a separate software module, that needs to be mounted inside the boat, monitors the craft’s motion through the water and via a GPS feed, reacting instantly to compensate for any pitch, roll, speed or heading change.

The only thing you have to set is your preferred trim angle when cruising. Such is the simplicity of the set-up that you don’t even need to fit a control pad, although one is available for those who want it.

Any tweaks you want to make can be done through the boat’s existing MFD, although the vast majority of users will simply set it to switch on when the engine fires up and let it get on with the job. 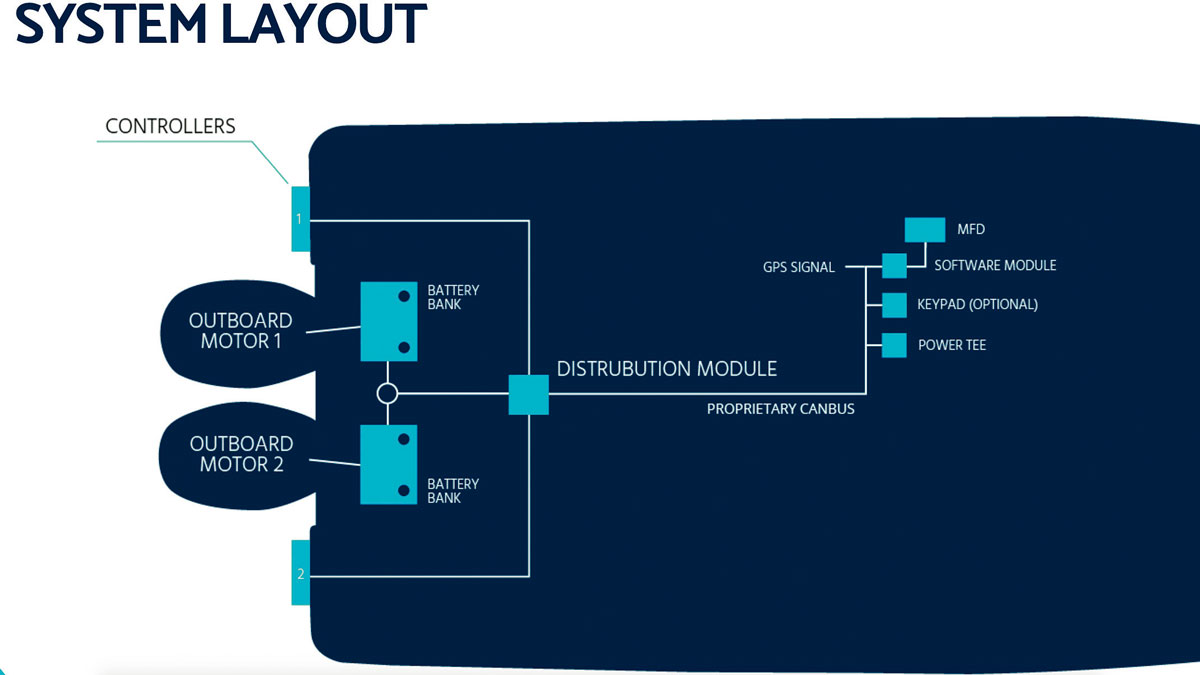 Two small black box modules for the sensors, software and power distribution are all that’s needed

How it compares to Humphree’s Active Ride Control system remains to be seen. Like the Swedish firm’s solution, it does need the boat to be travelling at sufficient speed for the blades to generate lift, so it’s not an alternative to a fin- or gyro-based stabilisation system, which also works at rest.

The exposed blades (and indeed the whole casing) also needs to be antifouled, unlike Humphree’s blades which retract into a casing.

However, the Seakeeper Ride’s drive unit is sealed inside a dry, greased, watertight casing with few moving parts and very simple installation and set-up requirements. 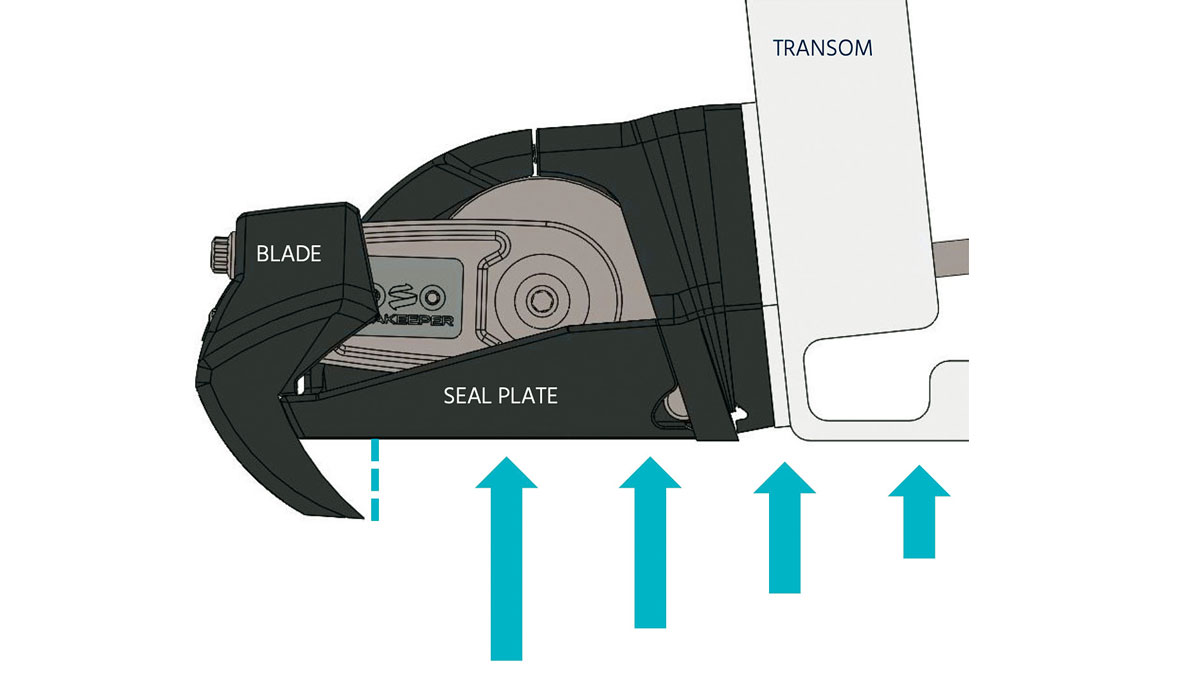 The real proof of the pudding will be when MBY gets a chance to sea trial the new system, something we are already working to make happen.

Initially, the Seakeeper Ride system will be fitted as standard to a number of new Chris-Craft, Sportsman and Scout models but when production capacity allows it will be available as a DIY retrofit item for boats in both the US and Europe.

We use cookies on our website to give you the most relevant experience by remembering your preferences and repeat visits. By clicking “Accept All”, you consent to the use of ALL the cookies. However, you may visit "Cookie Settings" to provide a controlled consent.
Cookie SettingsAccept All
Manage consent

This website uses cookies to improve your experience while you navigate through the website. Out of these, the cookies that are categorized as necessary are stored on your browser as they are essential for the working of basic functionalities of the website. We also use third-party cookies that help us analyze and understand how you use this website. These cookies will be stored in your browser only with your consent. You also have the option to opt-out of these cookies. But opting out of some of these cookies may affect your browsing experience.
Necessary Always Enabled
Necessary cookies are absolutely essential for the website to function properly. These cookies ensure basic functionalities and security features of the website, anonymously.
Functional
Functional cookies help to perform certain functionalities like sharing the content of the website on social media platforms, collect feedbacks, and other third-party features.
Analytics
Analytical cookies are used to understand how visitors interact with the website. These cookies help provide information on metrics the number of visitors, bounce rate, traffic source, etc.
SAVE & ACCEPT
Powered by